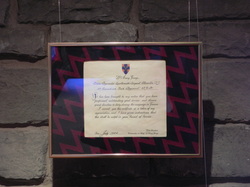 21st Army Group
A certificate from Field Marshal Montgomery to Regimental Quartermaster Sergeant Harmston NJ, 13th Canadian Field Regiment RCA. It has been brought to my notice that you have performed outstanding good service, and shown great devotion to duty, during the campaign in France. I award you this certificate as a token of my appreciation, and I have given instructions that this shall be noted in your record of service. Dated July 1944 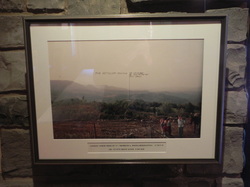 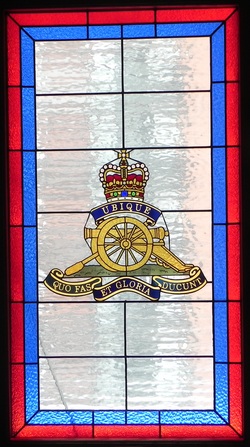 RCA Stained Glass Window
This window features the badge of The Royal Regiment of Canadian Artillery, presented to the OP de Hart by All Ranks of the 3rd Field Regiment RCA The Loyal Company  27 January1995. The Standing orders of the Royal Regiment of Canadian Artillery provides the following description, “A smooth- bore 9-pounder field gun Or (gold) on a field Vert (green) above a scroll Azure bordered Or inscribed “UBIQUE” Or below the gun a scroll Azure bordered Or inscribed “QUO FAS ET GLORIA DUCUNT” the whole surmounted by the Royal Crown proper.” The RCA badge is used both as a cap badge and as a crest. The RCA Badge was approved by the Chief Herald of Canada in August 2006. 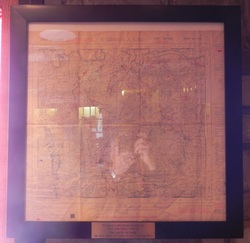 S GiorgioA Liri Map
This map from the World War II Italian campaign was presented to the Ottawa Gunners by LCol John Stuart, OMM CD. It is an actual map that was used by his father, Sgt Jock Stuart, Detachment Commander, 92 Battery, 3 Field Regiment RCA during that campaign. (Photograph will be updated in the near future) 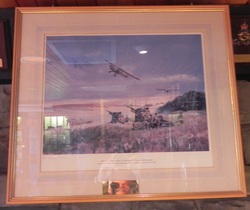 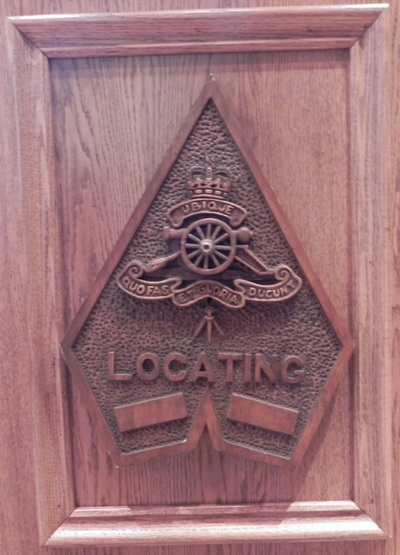 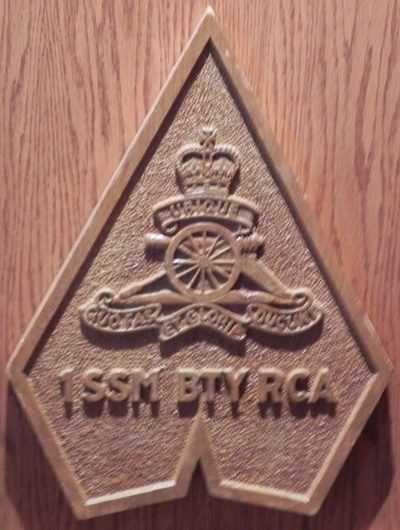 Carved Crests
The series of crests that starts at the front of the bar, continues around the side and finishes off on the north wall. Here we have two crests that identify other components of the Royal Regiment of Canadian Artillery. These are the Locating capability and the 1 Surface to Surface Missile Battery RCA