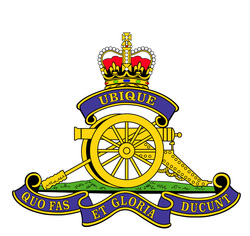 The name of the Association shall be The Ottawa Gunners.

Vision Statement: “The Ottawa Gunners is a professional Association of former and serving members of the Royal Regiment of Canadian Artillery (regular and reserves), their families and other supporters of the Regiment. Our vision is
to make a significant contribution to the well-being of members through the sponsorship and management of various activities of interest to them. The Association will collaborate actively with the Regimental Colonel and his staff and with other like-minded associations.”

Mission Statement: “The mission of The Ottawa Gunners, in collaboration with other bodies, is to contribute to the well- being of its members by acting as a focal point for Gunner activities in the National Capital Region that are not managed through the official chain of command, and to assist the official chain of command when requested. Special emphasis is placed on professional and social events and in promoting and maintaining the heritage, traditions, and culture of The Royal Regiment of Canadian
Artillery.”

The following shall be eligible as:

b.     Regular Member; Anyone who has served in any unit of the Royal Regiment of Canadian Artillery, in any capacity, is welcome to become a member of the
Association.

The Executive shall consist of:

A Representative of the Regimental Colonel

Members of the Executive Committee, with exception of those appointed by the Regimental Colonel, shall be elected from the regular membership at the Annual General Meeting (AGM). The President shall serve for a maximum period of two years. No limitation shall be placed on the length of service of other members of the Executive. In the event that a member is unable to continue his/her duties throughout the year, a temporary replacement may be named by the Executive until the next AGM.

Any regular member may nominate any other regular member to serve on the Executive Committee. The Vice President shall chair a nominating committee and
will present a proposed slate of nominees at the AGM.

The Executive Committee will prepare a long term plan (five year) and an annual activities program to present to the membership on an annual basis.

The Executive Committee will meet as required to pursue the work of the Association.

The Secretary-Treasurer shall send notice of every general meeting to all members at least 14 days in advance by the most appropriate means. This notice shall include a copy of the agenda and any other pertinent data.

Members wishing to have specific items included on the agenda should advise the Secretary-Treasurer at least 30 days in advance of the meeting.

All regular members who have paid their annual dues shall be entitled to one vote. All matters will be decided by a simple majority and, in the event of
a tie vote, the presiding member of the Executive shall cast the deciding vote.

Voting shall be conducted by a show of hands unless the presiding member of the Executive believes that a secret vote is required.

A quorum for a meeting of the Executive Committee shall consist of three  members.

A quorum for a general meeting shall consist of at least ten per cent of the paid up membership. This number may include proxies.

The financial year shall be from 1 January to 31 December.

Membership fees shall be established by the Executive and approved by the AGM.

The Secretary-Treasurer will provide a financial statement to the members at the AGM.

CHANGES TO THE CONSTITUTION

Any change to this Constitution shall be made only with the approval of a general meeting. Any proposed change must be notified to the Secretary-Treasurer at least 60 days in advance of a general meeting, and will be circulated to members with the notice of the meeting.

This Constitution has been prepared in both official languages and both have equal validity. To the extent which is financially feasible, the Association will endeavour to provide all of its publications in both official languages.
Minutes of a Special General Meeting of the Ottawa Gunners, 17 October 2014 and financial statement for the period 19 April 2013 - 17 October 2014 ‏